Lazzi experimental arts unit is dedicated to bold experimentation and a highly improvisational style. Formed in 2000 by artistic director David W W Johnstone, and based in Edinburgh, Scotland, the company has garnered a reputation for innovation with its striking and original theatre work. Previous productions include Witkacy Idiota (2005) and Aurora Borealis (2007) and Oresteia (2007-8).

'It's a sheer joy to come across a performance so sweetly, confidently and unashamedly absurdist... a simple but surprisingly beautiful-looking show' (Joyce McMillan, The Scotsman)

'The performances are flawless, this challenging piece of mime in the style of Polish avant garde theatre is a unique experience. It ... tells its bitter-sweet story in a language of theatre that you may not yet have encountered.'  (The Scotsman)

'Johnstone... delivers a masterclass in physical comedy...this is a production filled with grand gestures and delicate touches. It’s barking mad, of course, but defies you not to fall in love with it.'' (The Stage)

'the surprise gem of my visit to Edinburgh, a ‘circus-for-the-mind’...a wonderful and enchanting piece of theatre' (Total Theatre Magazine) 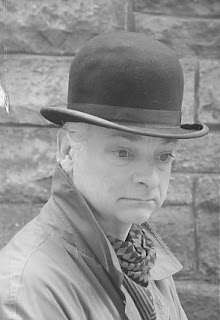 Lazzi's artistic director, David W W Johnstone, lists as his influences Grotowski, Kantor, and Brook on the one hand, with Laurel and Hardy, Jacques Tati and Il Colombaioni balancing out the equation on the other. His own trademark performance style, a behavioural jazz, combines bold characterisation, a joyful kaleidoscopic nonsense, a language of abstract sounds, and the portrayal of the soulful within the comic.  Previous experience includes eight years classical repertory with Will Geer’s Theatricum Botanicum in Los Angeles, five years training with the Polish actor and director Leonidas Ossetynski with a tour of Poland in the 1980s, a workshop with Ryszard Cieslak, Grotowski's lead actor, study with Ariane Mnouchkine’s Theatre du Soleil and Marcel Marceau, and extensive professional work in physical comedy. 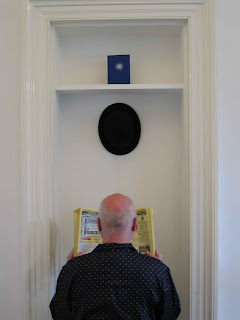 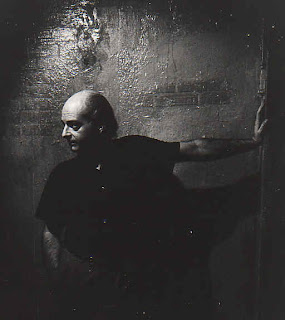